It was in 1954 that Karenswood originated the concept of ‘fidelity tracking’.

Fidelity tracking extends the limits of operational capability by promoting / encouraging the dog’s adherence to the TRUE LINE and in conditions which could otherwise bring their respective influences to impact unfavourably upon the outcome of the track. It is a progressive discipline best introduced during the early training.  During training the dog will be introduced to the TRUE LINE which he must own and follow unerringly to its conclusion. Whilst the dog will be exposed to cross tracks and other likely impediments, no particular significance will be attached to them - nothing must deter the dog from following the TRUE LINE.

The training of dogs to ‘track’ a person along a specific route is a well enjoyed sport. However, the dog trained in the ‘tracking’ role often has more serious missions to undertake  -  principally those of assisting the police and the military when the objective is to find missing persons, the pursuit of law breakers, terrorists and, in the case of the military, giving follow up with regard to detaining opposition combatants. 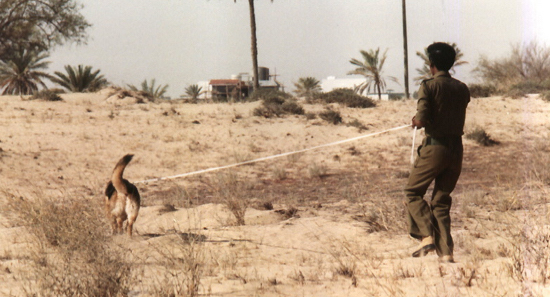